> News>Plagiarims Bernadotte in the Czech republic

Plagiarims Bernadotte in the Czech republic

During the past months, our company has noticed that a cheap plagiarism is offered on the market, which is produced in China and distributed by the Czech company Haas & Czjzek. This company has set marketing and distribution conditions for supplies of this plagiarism copying the relief shape Bernadotte to the Czech Republic and Russia; on these markets, it presents this product without any trademark, nevertheless, under the name Bernadotte. Described behavior of the company Haas & Czjzek brings about a danger of confusion, or a false and misleading illusion of any connection of this product with products of the company Thun 1794 a.s., endangering this way the rights of Thun 1794 a.s. to the combined trade mark CL Bernadotte, which is entered in the register of trademarks.

The manufacturing plant Concordia Lesov was founded in 1888. At the end of 1960s, the Bernadotte model with its typical relief was reestablished to production again, with its distinctive trademark (see picture). The relief model Bernadotte is very popular on Czech, European, and mainly on Russian markets. Due to the uniqueness of its plastic design, it has ranked with the best-selling shapes of Bohemian porcelain of the 20th century. The relief design of the Bernadotte line is rather popular among standard consumers; however, it has found its position also by notable customers from the sphere of high politics and management. 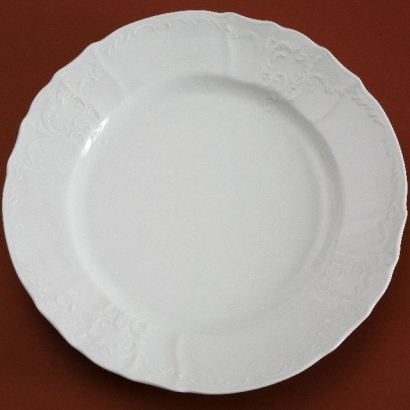